Book your Hydra hotel at the best price

Hydra is located in the south of the Saronic Gulf, opposite Metochi and Ermioni and east of Spetses. Also known as the “Mistress of the Saronic Gulf”, it is famous for its beautiful old mansions and narrow alleys, which will charm you and take you to other times.

Holidays in Hydra means endless walks in the picturesque city and port, nature walks, magical views of the Aegean, dives in clear blue waters and good food. The unchanging beauty of the island was loved by many celebrities from Greece and abroad, such as Maria Callas, Leonard Cohen, Nikos Hatzikyriakos-Gikas, Pablo Picasso and George Seferis.

With a rich naval tradition and a strong cosmopolitan character, Hydra, one of the most famous islands of the Saronic Gulf, attracts every year many famous personalities from Greece and abroad. The canyon stations in the port, the imposing mansions, the School of Merchant Mariners and the historic monasteries are a sample of the glorious past of Hydra. Important families that starred in the Revolution of 1821 (Koundourioti, Miaouli, Kriezi, Tombazi, etc.) came from the island.

A true model of aesthetics, the city of Hydra is built amphitheatrically around the port, where small boats, tourist boats and cruise ships flood the pier, especially during the summer months. The stone mansions of Hydra stand like fortresses in the rocky landscape, emphasizing the majesty of the island. 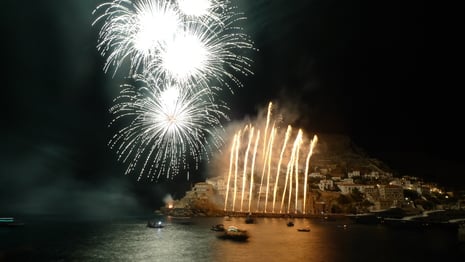 There are many things to do in Hydra even though it is a very small island. Are you ready to climb the highest and most erotic mountain of Hydra? It reaches 600 meters in height, with the panoramic view embracing the entire island, the Saronic Gulf and the Myrtos Sea. This is a unique experience, as during your ascent you will see beautiful churches, such as that of Agios Konstantinos of Hydra, but also the monastery of Prophet Elias. Make sure you get plenty of food and water and make sure you have suitable shoes for the inaccessible and rocky surfaces.

“Miaoulia”, the largest event on the island, takes place at the end of June and includes activities around the action of Andreas Miaoulis, such as folk dances, boat races and sports. On the last day, the event concludes with fireworks and a representation of the burning of the Turkish flagship.

You can also hike at the romantic alleys of Hydra. The road is paved, there are only means of transport, donkeys, carts, and sea taxis. Wherever you look, nothing will remind you of the 21st century. From every corner of the island you will notice that the houses are made of stone, traditional while the whole city emits an aroma of history.

The famous sights in Hydra are the cannon stations at the entrance of the port – The port authority, where today is housed in the old stone gunpowder depot. The monastery of the Assumption of the Virgin, a three-aisled basilica with a dome and two marble bell towers (mid 17th century). Part of the monastery houses the town hall, while in the old cells there is a small ecclesiastical and Byzantine museum. The Tsamadou mansion, which houses the School of Merchant Mariners. The mansion of Georgios Kountouriotis, which rises among the pines. Built at the end of the 18th century, it is an excellent example of the first period of neoclassicism.

Pavlos Koundouriotis Square, where the statue of the Greek politician dominates. The Pavilion, the western canyon of the port and one of the most beautiful locations of Hydra. The hill of Kiafa, where the oldest district of the city is built, with stone houses, high walls and narrow streets.

The old church of Agios Ioannis the Fasting, with magnificent frescoes of the 18th century. The nunnery of Agia Eupraxia and the monastery of Profitis Ilias, where Th. Kolokotronis was imprisoned for a while. From here the visitor can enjoy the view to the port of Hydra and the Peloponnesian coast. 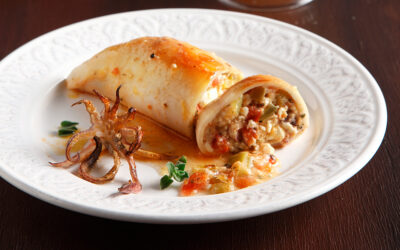 Hydra is very famous for its savory and sweet flavors (its macaroon is something divine). Surely you have heard about the famous hydra squid that the locals collect even early to have the summer. And if you have not heard of it, you should try it. Squid is the king of local gastronomy and summer is a must at every table. 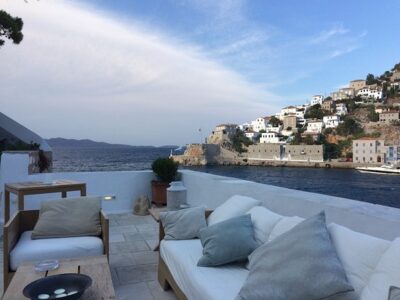 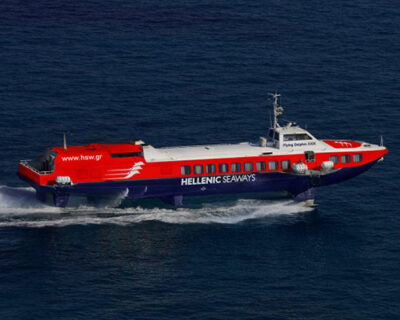